“I was hosting a three day conference with delegates from across Asia Pacific. Spending three days on stage with a crowd of 1000 builds massive rapport – the crowd was pumped, energised and the most responsive crowd I had ever worked.

At the end of the event, I was set to do my mass participative finale and one of the bosses took over the mic and gave credit to me, the emcee for the event.  The crowd started chanting my name over and over again. I felt so thankful that I started crying on stage.

I spoke into the microphone and told them how lucky I was to be able to entertain such an amazing crowd and broke down even more. At that moment, the universe told me… THIS IS IT! THIS IS THE CALLING. I love what I do!

That show was one of the most memorable events and will go down with my team as “The show Kyle cried at”.

My journey in showbiz started when I was 7. I was actively starring in school productions, picked up magic as a hobby and enjoyed the rare opportunity I had to get on TV. I realise now that I was an awkward kid who faced bullying in my lower Primary days. Performance art became my outlet and tool to express myself.

Eventually I started doing magic professionally and landed my first breakthrough TV gig when I was 17.  I continued as a magician for a few more years until an event organiser offered me the chance to host a show. Naturally I weaved in my magic and it clicked! There was no turning back… I started hosting more gigs and finding my approach to officiating events with magic subtly weaved in.

I love that for that brief moment, you’re able to take your audience on a journey. They forget their problems and inhibitions and experience true joy with laughter and entertainment. Seeing happy faces invigorates the performer and just makes them want to give more. It’s a cycle of positive vibes being exchanged!” 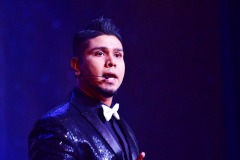 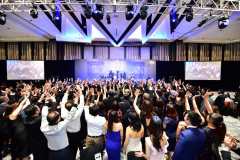 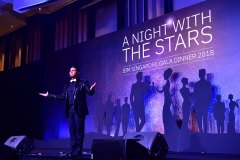 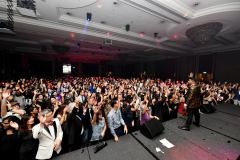 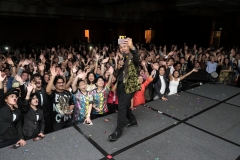 The ASEAN region has seen various restrictions put in place to curb transmission of the Covid-19 virus. We take a look at how some countries are coping.

It has been 5 days since the kick off of the 2021 edition of the Euro football tournament and this has given live football fans a reason to cheer. The tournament spells the return of live spectators to major sporting events. Here’s a look at how the organisers are pulling it off.

This is a great experiment on how a large-scale sporting event can be safely managed in this pandemic and the future because it allows for maximum participation and attendance. And for some of us who have already planned events using the Spoke-and-Hub method, where one main event is connected with smaller satelite events held elsewhere, the EURO 2020 is quite similar but to the tune of US$400 million. Faint!

The world just became a bit noisier, with every facet of our lives requiring some form of screen time. It is going to require some digital marketing savvy to make your event stand out.

Commonly found on a movie set, green screens now provide the backdrop for a lot of virtual events. It is essential that you are able to create stunning visuals for your audience.

Designing your event to be viewed enjoyably on screens is a skill event professionals have had to learn pretty quickly.