“I was working on a show for Suria.  The talent was supposed to be acting as mechanics so I had to make them look all dirty and oil-greased.  I had nothing of that sort in my makeup bag so I quickly grabbed mascara and argan oil (which I normally use for chapped lips) and just mixed them up.  The result?  Success!  It still makes me laugh whenever I think about it because I got all panicky and wanted to cry!

In any field, working toward success means encountering struggles.  For me, I have had hate comments directed against me by those who saw me as “competition”.  I chose not to retaliate because if I did, I would be just as bad.  To this day, I’m happy I didn’t do that because in the end I gained more love from others and people saw me as being patient.

Take every piece of feedback with an open heart, though: for each piece of good feedback, say thank you and remember to always remain humble.  For every bad piece of feedback, take it constructively and also thank the person who gave it to you because if they did not do that, you would not be able to improve.

At the end of the day, to be able to play a part in a couple’s “once-in-a-lifetime” special day or to witness performers in a dance act and to know that I am behind their makeup looks creates feelings that are just beyond words!  It’s such a fulfilling experience each time!”

It is Saturday evening in December and while most school campuses are silent and dark at 8pm, at ITE College Central, the night is just beginning.  In a Blackbox performance space flooded with light, shoegaze and screamo acts are taking the stage in ITE’s annual Rock Central event, a free concert showcasing both up-and-coming and veteran performers alike.

The concert is filmed, photographed and livestreamed and an extensive crew works on staging, lighting and sound.  Everything about Rock Central screams high production value, except that this event is run by amateurs.

Many people in the events industry do not cut their teeth until they’ve left education but for students in the ITE College Central Audio Visual Production Management (AVPM) club CCA, running professional music shows is a common occurrence.

The 70 student members, who are mostly in their late teens and early twenties, do everything from setting up the stage and lighting to contacting bands to perform and producing marketing material.  They are guided in the various aspects of putting an event together by 8 staff members.

Mr Muhammad Haizan, the staff-in-charge who has been with the club since its inception, says that he conceived Rock Central in 2014.  “I wanted to create an awareness of the underground music scene and when I found out students in ITE were jamming, I wanted to give them a platform to perform.”

The first iteration of Rock Central was “overwhelming” because it depended heavily on Mr Haizan for all technical aspects.  Over the years though, students have grown proficient in running the show themselves with advice from the staff.  In the face of Covid-19, they were even able to tweak the show to match – setting the sound up so that it would be more like a live concert and less like a studio performance.

Now, they are already looking ahead to next year’s Rock Central.  Said AVPM President Roy Lok, “I believe hybrid shows will continue which is exciting because people don’t have to join the concert physically and maybe next year we can even involve a Malaysian band.” 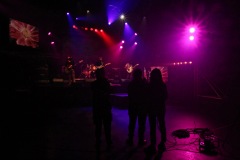 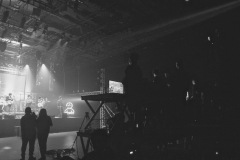 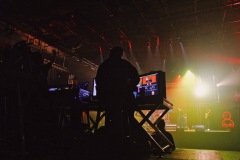 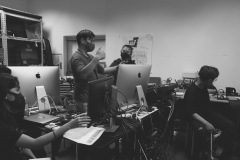 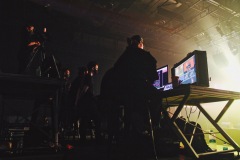 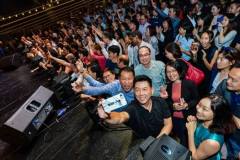